Owning Your Privilege: Leaving Guilt, Shame, and Blame Behind 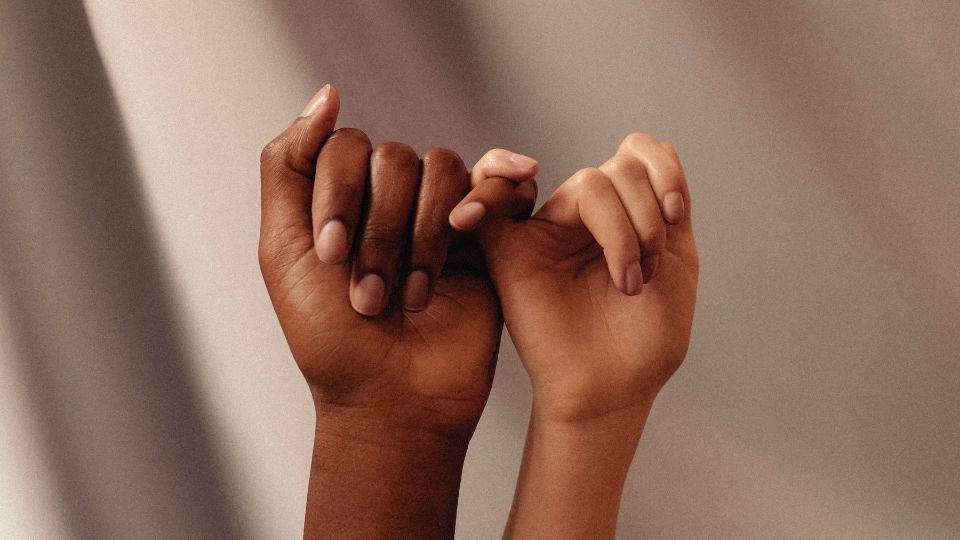 Owning Your Privilege: Leaving Guilt, Shame, and Blame Behind

We’ve experienced this many times. People speak about their privileged identities with a measured sense of humility. “Well as the white guy, I have a lot of privilege and…”

We believe the root of this concept, owning one’s own privilege, is a necessary way to move forward when working towards inclusivity. Acknowledging the pieces of unearned privilege that we inhabit based on our identities, is a part of the pathway towards an equitable world, especially those pieces that negatively impact others. This personal reflection has given us a greater understanding of the places where we can use our privilege effectively. While it’s messy, and it can always be better. It is also necessary.

However, this method of approaching personal privilege may not serve us so well, as guilt, shame, and blame may hamper our movement to productivity.

Perhaps others of us avoid examining and owning our privilege because we feel ashamed of the unearned benefits privilege affords us. Avoiding does not make it better. We cannot truly understand another’s experience around identity until we truly understand our own. Maybe the act of “owning” our privilege is penance towards the larger oppression. Certainly, it serves as an acknowledgement of the impact of privilege and oppression on the lives of those around us, and it can be a display of humility in the face of that oppression. All valid points to consider. AND, is there even another approach? What happens if we reframe the concept from “owning our privilege” to “working from our privileged identities?”

What can “owning our privilege” versus “working from our privileged identities” mean? Working from our privileged identities (in support of oppressed identities) and exposing our learning edges (places where what we are consciously aware and actively addressing our own personal journey) leaves room for others to join in the process from their own perspectives. We believe the process can be different, expansive, and empowering when we work from the places where we have privilege and expose our own learning edges. Let’s talk about that.

Be in the messiness. This is the work; instead of waiting for someone to teach us about privilege.

Doing the work of unraveling privilege is really understanding what you represent through your identities in the world. Before anyone really knows you; these identities are what they know “of” you. Doing the work means realizing those pieces of you, and using those so that others in your group(s) might gain better access to their own journey in the work.

When we think about “owning our privilege” versus asking ourselves, “How do I show up with this part of my privileged self for the common good?”, the orientation to privilege changes. Certainly, humility is an important part of showing up from our places where we have unearned privilege, and hopefully, doing so won’t limit our ability to be present. We will try to talk from our places of privileged identities and also share some of our impact when other people participate in that work from marginalized identities. To explore this more closely, Rebecca will speak from her female and white identities and Trent will speak from his male and black identities in our exchange of reflections below.

Trent: In a facilitation, I remember Rebecca saying “…but as white people, we can handle it. We can handle the emotions of people of color, not take it personally and stay in the work.” What I admire about this moment is that Rebecca “owned” her privilege to shape the conversation and challenged other white people to stay engaged – not from a place of shaming; but from a place of “joining” together.

Rebecca: Early on in our working relationship, I remember Trent and I coming out of a meeting and Trent turned to me and said, “I noticed you were the only woman in there and just wanted to make sure there was space for you to express what you wanted to say.” I remember being taken aback because I hadn’t had a lot of interactions with men who spoke openly about male privilege in that way. It is hard to imagine a time when I haven’t trusted Trent, but that was certainly a defining moment when I knew that I could.

Trent: And imagine in that scenario; as a part of my own work, I had said that IN the meeting rather than afterward? Owning our privilege goes beyond thinking about stuff and even saying things to people in marginalized places, but saying those things in spaces that allow for others to learn, grow, and “do” better.

Rebecca: You are never done. You never “arrive.” The consciousness that we both had about our privilege and marginalized statuses is indicative of being constantly aware of privilege. I remember another time when we were in a meeting with another white person, and they only referred to me in the conversation. I adjusted my seat in such a way so that she had to look at the both of us. When we left the meeting, we talked about it. We both talked about our awareness of what was happening in the meeting. We both had the same experience. This person was not looking at, not giving attention, and not equally including Trent in the discussion.

Trent: I was aware how this person was responding to me. I was also very aware of the move Rebecca made to include me! In our discussion afterwards, we were both able to name what we noticed. From my place as a black man, that was an empowering moment because I felt seen and understood. Not only that, I knew that Rebecca had my back!

Rebecca: I didn’t speak to the situation in the moment. I am curious what would have happened if I had. So, there is the subtle response, and there is speaking out or up. There is a sense of having each other’s backs. And it isn’t always pretty. It’s a process and the consciousness of privilege is the practice.

Shame, blame, and critique are powerful tools; and those tools should be used sparingly. Getting feedback on your privilege can be enlightening and motivating. Working from privilege does not have to be about silence or shame.

Rebecca: I’m also thinking about how “owning our privileges” shows up for ourselves depending on what our privilege identities are. I think about how I used to apologize for being white, which I feel is a very white woman identified thing to do. I’m not sure if white male identified people do the same when they say “as the white guy in the room.”

The impact of that is that it gets me caught up in being good. The apologies are out there, and I’m waiting to be forgiven, which makes it all about me. And puts the burden on others of marginalized identities to focus on my needs rather than theirs.

If I accept my whiteness and all it represents, if I can truly claim my own journey to understanding what my privilege means, then I get to act authentically! I get to act as me in the world which; then, hopefully, helps others be more authentically themselves, too.

If I own my privilege from a place of wanting to be seen by the marginalized groups, I make myself invisible to the others in my privileged group. My focus is on appearing to be good, and I may not put real focus on doing good.

I was in a group training session where I was a participant. The conversation turned to sexism, and I experienced the other menfolk in the room speaking about the evils of sexism, and how hard it is to witness the acts we’ve learned about. (All true!) Something was missing. I spoke about how I’d internalized some of the horrible things that sexism causes, and I then talked about my struggles in working on those for myself and helping create space for other men to join the dismantling of those pieces I’ve learned. After I said this, I experienced a change in the conversation. The men in the room began talking about what they’ve learned about sexism. How that impacted their lives. After that we began to talk differently. Men were engaging on how their behavior is changing in creating a common good from our place of privilege. It shifted away from naming what we’ve “learned” about sexism to putting what we have learned about sexism into action.

This creates a subtle shift, a movement away from performing for praise around privilege and toward authentically being there for one another. Truly owning your own privilege is about how you show up with and for others.

“To live an ethical life is to be held accountable for history.” -Cathy Park Hong

No matter where you are on your journey, we’d like to leave you with a few thoughts to ponder:

What stories do you have about what you’ve learned?

How do you invite others with a similar privilege to join you in “the work”?

If I was watching you from a distance, what would I see you doing when you are owning your privilege?

How are you connecting to those who do not have your privilege as you do your work?

We can say we are “owning our privilege” but what does that really look like in action? For us, it means using those privileged identities to really make connections with others, share what we’ve learned and, hopefully, provide a pathway for others to join us in the struggle.

There is an element of working as a team. When we work together on our privileges, there is a sense of community or ensemble or team or…that is where we build meaning in relationships. That is how we truly foster inclusion. That is how we use our privilege to build the common good.

JEDI | Leadership | Self Care
See All Posts
We use cookies to offer you a better experience and analyze our site traffic. By continuing to use this website, you consent to the use of cookies in accordance with our Privacy Policy.
Accept
Manage consent