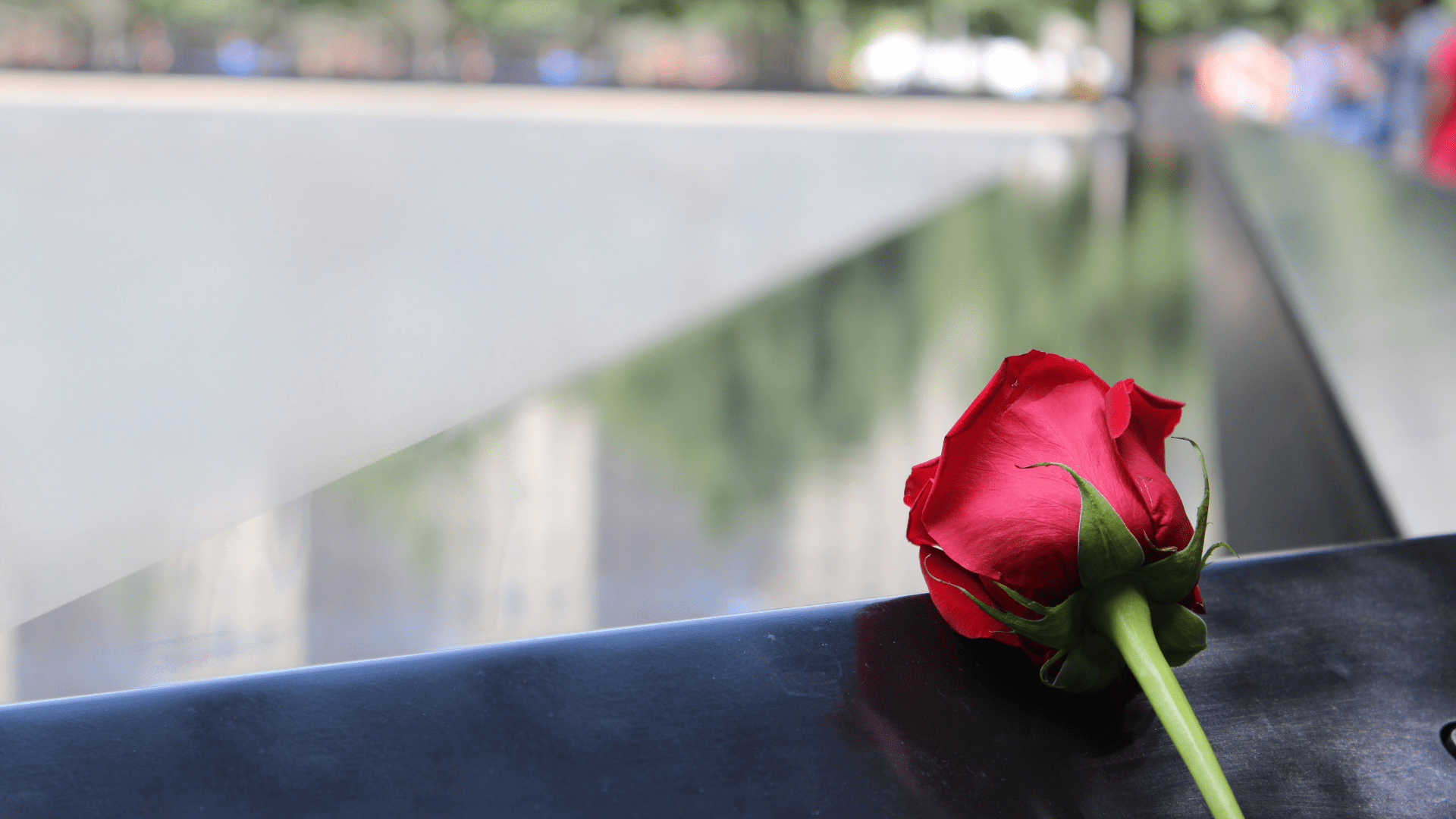 20 years ago, the nation and the world woke up to some of the most tragic news of our lifetime. To this day, it has changed and shaped all of us. In this article, we have reflections about that day and current times from our team.

Anna K. Reflections on 9/11. September 11th is my mom’s birthday; the unforgettable day marks countless births and nearly 3,000 tragic deaths. It represents fear, loss of control and innocence, and devastation. It is also characterized by heroism, fortitude, resilience, rebuilding, and rebirth. Out of the ashes, we came together and grew stronger.

On 9/11, I was working at an environmental lab as a chemist. In those days, we listened exclusively to the radio at work and heard about the first “small airplane” running into one of the towers. I remember going home for lunch and watching the news, tears streaming down my eyes. My heart poured out for the individuals experiencing and suffering from terror, the loved ones waiting and worried, and the inevitable feelings of fear and insecurity to come.

Christi G. Reflections on 9/11. 20 years ago, on the morning of September 11, 2001, I was finishing up packing for a flight to Washington, D.C., later that day. I had the news on in the background as I was double-checking my itinerary and making sure I had everything I needed for this work trip. Suddenly, there was breaking news along with unbelievable images of the horrific terrorist attack – airplanes crashing into the Twin Towers of the World Trade Center and the Pentagon. What was happening? What did all of this mean? Would I still be able to fly to Washington today? As it became increasingly clear that my flight would be canceled, my work trip that had once seemed routine, important, and necessary to make progress toward our goals, now seemed insignificant in light of world events.

Today we’re facing another life-changing event, a global pandemic. The impact has shifted how we view our world and what we believe to be most important in our lives, similar to the way 9/11 impacted our perspectives 20 years ago.

Catherine S. Reflections on 9/11. Early morning, September 11, 2001, I was walking my dog on the beach in Southern California when my cell phone rang and my friend Mike asked, “Did you hear? There’s been an explosion at the World Trade Center in New York.” Shocked and bewildered, I rushed home and turned on the news. Along with the rest of the nation, I sat glued to the television for the entire day mesmerized, tearful, and horrified as the world collectively watched the unbelievable events of the day unfold.

The nation quickly went into shut down and we began to grieve the loss of our imagined safety from foreign attacks in America. Having grown up in New York, it soon became clear that the friends and family closest to me were not injured or killed. I was relieved for that and also devastated. My hometown was desecrated. Unimaginable pain and suffering for the first responders, the victims, their families, and the surrounding neighborhoods would continue for years to come, along with a loss of innocence that could never be restored.

Two decades later, I still touch the sadness of that day, and in 2021, I reflect on the many nations that have been war-torn for decades, and how frightening, confusing, and traumatizing that must be. I reflect on the children who have grown up in a post 9/11 America – who cannot feel as “safe” as I did as a young person. And, having been awakened in recent years, I also realize that for people of color, perhaps America has never felt, or been as safe for them as I once believed it to be.

9/11 was one of the first of many awakenings to the suffering all around me, and for the need to do things differently and better. There is still much to be done to heal and grow and change so that all people can feel safe. September 11th serves as one more reminder to me that the fight is not yet over, and if we do not rise together, we shall surely fall apart.

Jennifer S. Reflections on 9/11. The sky was so blue as I drove to work that day.  My wedding was just over three weeks away and it seemed like there was so much to be done to be ready.  I heard news of the “small plane” that had run into one of the towers on NPR and thought it must be some sightseeing flight gone astray.  Having spent plenty of time in NYC I had some vague thoughts about what a hassle and mess it was likely to cause.

As I walked into my office on campus, most of my colleagues were gathered around the TV which had been rolled out into the little lobby area on its A/V cart.  In the time it had taken me to cross the parking lot, the second tower had been hit and it was by now clear that this was not a small plane.  My brother was in NY.  I was pretty sure he would still be in Brooklyn at that time of morning, but not entirely.  My mom was moving from an overseas stint back to the US and the last message I had had from her was that her flight out of DC for NY had been delayed and she thought she might yet make it in before midnight on the 10th.  Her new phone wasn’t hooked up yet though and it would take the better part of the day to sort out who was where and that they were safe, or not.  As I stood looking at the television as the first tower fell, my first, immediate, thought was “nothing will ever be the same.”

The next day I had to teach college students about the way diversity affects and shapes organizational life.  Over the next months, I would host many campus conversations to process the grief and the aftermath.  In the following years, those early anniversaries were marked by somber memorials and deepening conversations about what it meant to “be an American” in the aftermath of this collective trauma.  Since then, the world has, indeed, changed in lasting ways and the question of who we are, or aspire to be, as Americans is as relevant as ever.  On this anniversary, I reflected on what it has meant to raise my children in this post-9/11 world and what I hope their futures will hold.